Thank you to Sophie @ Sophie’s Corner for tagging me in this activity, and thanks to Kat Impossible @ Life and Other Disasters for creating this writing tag!

My WIP is the second book in a series that I tentatively name, The Gender Puzzle Maze.

Even though I’m writing and have almost finished the second book, I don’t plan to write a blurb for this story until I get to the end of this series!  So I will instead give an overview of my story world here.

Fairies in their world resemble animals, such as foxes, dragonflies, tigers, or other creatures.  Fairies can change size at will.

In this society, there are savers, healers, fighters, magic police, detectives, scientists, and other jobs.  The books focus mostly on savers, healers, and fighters.  Savers go on rescue missions, and fighters protect the country from invaders.  Fighters are also given a fairy companion each.  Fairies carry fighters on their back for travel, and for battling in the sky.  Fighters are the most prestigious and highly regarded job, which may show you what this society values most.

This society is very LGBT-friendly.  Pretty much everyone is queer-friendly and accepting towards folks on the aromantic and asexual spectra.  A minority of people have implicit transphobia, which is like implicit racism in our society.  This story has a lot of romance and some comedy.

(Magnus Bane and Alec Lightwood from The Mortal Instruments series.)

Theoten: a 21-year-old gay trans boy who is a fighter.  He has black hair, grey eyes, and is of medium height.  Theo is gruff towards many strangers and those he dislikes, but he is softer and kinder towards those he does like.  He prefers to speak frankly, though he tries to be more tactful sometimes.  Theo is tough and independent.  However, he is willing to seek help from friends.

Pyris: a 21-year-old gay cis boy and a saver.  Pyris has black hair, brown eyes, and is short.  By his looks, he appears very innocent and young.  But he is actually an assertive person who sticks firmly to his beliefs and decisions, even if everyone else has the opposite opinion.  He is the love interest of Theo.  Pyris was sort of friends with Revy in the past, but probably isn’t anymore, due to some unfortunate events.

Revillon (aka Revy): a masculine-presenting, androphilic nonbinary person who goes by fae, faer, faers, faerself pronouns.  Fae is 18 years old, with reddish-brown hair, amber eyes, and is a saver of medium height.  Fae is very cute and endearing, sparky, and tends to look on the bright side of life.  Like Theo, fae prefers to be straightforward and forthright, but is willing to be more sparing and gentle with others’ feelings if fae deems it necessary.  Revy has a “fan-person crush” on Theo.  Though Pyris doesn’t seem to want to be friends with faer anymore, Revy still cherishes Pyris.  Fae has mixed and confused feelings towards Klint, but is clearly attracted to him.

Klint: a 24-year-old gay cis guy who is a fighter.  He has dark-grey eyes, jagged flame-red hair, and is slightly taller than medium height.  Klint is Theo’s ex.  Theo, Pyris, and most other people think he is a psychopath.  Klint does lack empathy and concern towards others.  The only people he cares about are his younger brother, who is currently 14 years old, Revillon, Theoten, and Klint’s mother to some extent.  He prides himself on having great self-control, and is usually able to suppress his anger, sadness, or any other negative emotions under a façade of calm, detached amusement.  Klint is cynical, hardened, and often says hurtful things; he is not ashamed of his insensitivity, however, because he thinks that others don’t care about his feelings, so why should he care about theirs?  Despite all that, he is very charming, seductive, and self-confident.  Klint is Revillon’s love interest.

Can your main character remember their first day of school?  Who was with them?

Revillon was shy, but fae made friends quickly because fae is generally a rather pleasant and sweet person.  Some weeks after, fae befriends and grows especially close to a boy named Justin, who develops a crush on Revillon in the later years of their childhood.  Revy believed that fae was a boy; fae had no idea that fae was transgender.

Theoten was aloof from the other kids.  He just focused on learning, studying, reading, or physical exercises, such as the spell casting lessons.  Some kids tried to make friends with him, but he was unwelcoming and rejected everyone.  Back then, everybody, including Theoten himself, thought he was a girl.

Pyris has no clear memory of his first day of school.  School generally felt okay and so-so.  He wasn’t terrific in his academics, but he wasn’t terrible either.  He had some friends and encountered some bullies.  Otherwise, he has no strong feelings towards school either way.

Klint was home schooled.  His father is a rich official and an advisor of the king.  His mom used to be his father’s favorite concubine, but now his parents just tolerate each other.  Klint thought that the learning during his home-schooling was fine, and was sometimes interesting, especially the lessons on magic spells.  But he didn’t get along with his teachers.  He had no classmates to learn with.  His father was demanding and prejudiced against Klint, as his son was a disappointment to him in many ways.  When Klint discovered that he was only attracted to men, this did not endear him to his father either—his dad was one of those people who were okay with other people being gay, but was not okay with his own son being gay.  Klint hates his father as well, not just for his treatment of Klint, but for many other reasons.  His mother was gentler, but was still not kind per se towards him.  So Klint needed to fend for himself like he always did.

Which one of your characters would be the first to buy a house or property?

Klint and Theo have already bought houses for themselves.  Revy still lives with faer adoptive parent, who happens to be nonbinary too.  Pyris rents a place with his older sister and her girlfriend.  Klint bought his house first, partly because he’s older than Theo, partly because Klint is the richest of the main characters, and partly because he’s the most motivated to become independent from his parents.

Does someone in your WIP own a pet?

Theo and Klint, as fighters, both have a fairy assigned to them.  Theo has Killion, a green male fairy with leather wings and a brush tail.  Killion is lively, cheerful, and friendly.  Klint’s fairy is a golden-orange-and-black male fairy named Tiger.  Tiger is much sweeter, milder, and quieter than Klint.

What was your MC’s first job and how did they feel about it?

Revillon tried being a healer first.  Fae thought it was fun and meaningful work, but that it was not exciting enough.  Later, fae becomes a saver, which is a much more satisfying job for faer.

Theo was always a star student because he was so focused and dedicated, and was consequently a fast-learner.  He felt pretty good becoming a fighter, as he felt competent and confident.  He got to meet his fairy partner Killion too, who Theo took to very quickly.  Killion is adorable and gets along with pretty much anyone.

Klint was also very happy to become a fighter.  But he doesn’t only feel competent and respected by his peers.  Becoming a fighter marked the beginning of some freedom and independence from his parents.

Pyris was a saver.  He felt terrible because he seems inferior to everybody else in his performance, and still appears to be so, though Theo is giving him magical fighting lessons.  Pyris was also teased a lot for his short height.

Does your MC or another character want kids?

Revy kind of does.

Theo doesn’t have a strong opinion on the topic of having children.

Klint would rather not have kids, though I believe Revy could possibly persuade him to change his mind.

Name a song that reminds one of your characters of a heartbreak in their life!

“We are never ever getting back together” by Taylor Swift.

Has one of your characters lost someone close to them?  How did they deal with it?

Pyris has essentially lost his parents, who have divorced and sent Pyris as a teenager to live with his adult older sister and her girlfriend.  Pyris didn’t deal with it; he was simply depressed, mopey, and irritable.  He has a kind of inferiority complex, partly because he felt indirectly rejected and abandoned by his parents.

What is an achievement your MC is proud of?

Klint is proud that he’s a decent enchanter and was skilled enough to become a fighter, even though Theo’s and maybe Revy’s magical skills are probably even better than his.  He feels very good that he is attractive to androphilic men, not just because of his looks, but because of the way he speaks and acts.  He feels powerful when others desire him.  Revy feels that Klint believes people only like him for his physical appearance, and that no one likes him as a person.  Klint denies Revy’s claim, but it is revealed later that he does secretly think that no one truly likes him, except maybe his brother.

Pyris currently has nothing he is proud of, at least not to the author’s knowledge.  He knows he has strengths, but doesn’t feel much towards them.  However, he is very happy and grateful to have found Theo, a guy who is not only unbelievably handsome, but is also wonderful to Pyris and clearly loves him.

Revillon is proud of faer magical skills, spells, and fighting ability.  Fae is one of the most accomplished savers out there.

Similar to Revy, Theoten takes pride in his abilities and reflexes as an enchanter and fighter.  He is one of the best fighters in the country.

Bonus: Make an aesthetic for a special or memorable day in one of your characters’ lives!  (It’s up to you if you want to explain it or not!) 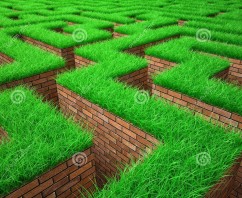 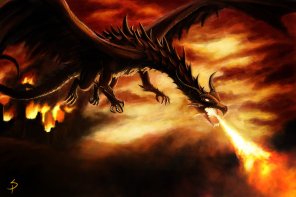 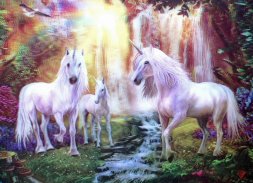 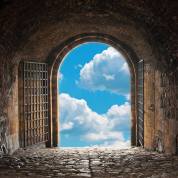 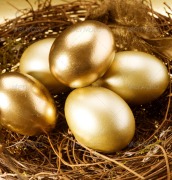 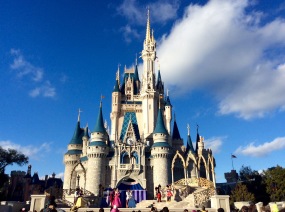 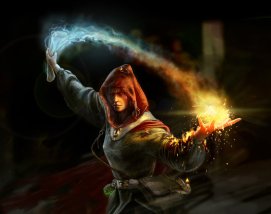 25 thoughts on “The Milestones Write Tag”

View all posts by Sieran Lane